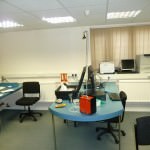 Investigation of air quality problems is a difficult task requiring detailed knowledge about the affected environment, possible contaminants sources and most of all it requires an open mind to be able to spot potential problem areas. I have been asked to investigate possible indoor air quality problems in an Oxford college after one of the [...]

I owner of the house I have recently inspected has live in her house for over 35 years. She has started to experience respiratory difficulties and inflammation for last 4 years. She has been recently diagnoses with Hypersensitivity pneumonitis. In her working life she was a house wife and was not exposed to significant amount [...]

Hand and arm vibration measurements in industrial environment can sometimes show some unexpected results. I have recently carried out measurement of hand and arm vibration on two operatives in a small production facility. The company involved specialises in the manufacture of intrinsically safe electrical equipment. The site consists of one open plan unit, welfare facilities [...]

Even minor leaks to pipe work in ignored can over time build up into a big problem. I have inspected and military gymnasium where a seemingly small water leak caused a major mould problem in the changing rooms. The affected building was period single storey building with brick external walls and pitched roof. The building [...] 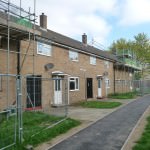 I have carried out a mould investigation in a series of neglected army flats which were due to refurbishment. Concerns have been raise by the redevelopment contractor that the levels of mould in the flats exceed to what is generally considered acceptable. The employees working on this project were concerned that their health might be [...]

I have been invited to carry out an extensive air quality investigation in a IT suite and a large office complex. The IT room was affected by large moth infestation. In order to resolve the infestation issue a contractor company has been appointed to carry out a fumigation of the room. The room has been [...]

Newly refurbished buildings can sometimes suffer from air quality problems. The problems are mainly associated with off gassing from different pieces of furniture, carpets, decorative paints silicon and adhesive. These problems are most intense shortly after the installation but gradually subside. The speed at which this happens greatly depends of the rate of ventilation and [...]

Minor service leak can sometime results in serious problems in particular if they are ignored or not fixed properly. I have recently visited an apartment where a minor water leak from a bath waste pipe resulted in a major mould contamination of the internal cavity walls. The apartment I have visited  was located on the [...] 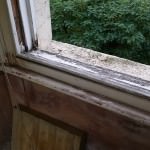 Every person is entitled to decent and healthy living conditions. This is particularly true in rented accommodation where the landlords have a duty to ensure that their properties are fit for purpose and do not represent a health risk to their occupants. I have recently inspected a London apartment where the landlord seriously neglected his [...] 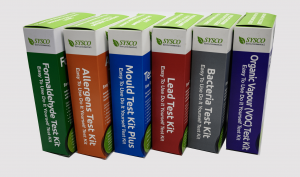